DHPT is pleased to announce that best-selling author, Eric Jay Dolin, will be our featured speaker at our Annual Meeting on Monday, October 24, 2022.

Join us in welcoming the respected author and historian, Eric Jay Dolin, as he takes us on an exciting journey within the pages of a deeply researched and illustrated history of privateering in the American Revolution, Rebels at Sea. 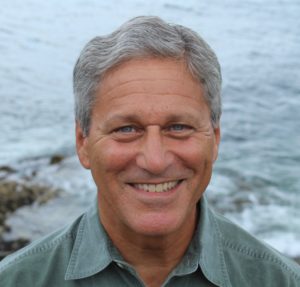 Eric Jay Dolin is the author of fifteen books, including Leviathan: The History of Whaling in America, which was chosen as one of the best nonfiction books of 2007 by the Los Angeles Times and the Boston Globe. His most recent book before Rebels at Sea is A Furious Sky: The Five-Hundred-Year History of America’s Hurricanes, which was a finalist for the Kirkus Prize, and was chosen as one of the best books of the year by The Washington Post, Booklist, and  Library Journal. It was also selected as a “Must Read” book by the Massachusetts Center for the Book for 2020. A graduate of Brown, Yale, and MIT, where he received his PhD in environmental policy, Dolin lives in Marblehead, Massachusetts.

About Rebels at Sea, Privateering in the American Revolution

According to the book’s liner notes, “The heroic story of the founding of the U.S. Navy during the Revolution has been told many times, yet largely missing from maritime histories of America’s first war is the raging fleet of private vessels that truly revealed the new nation’s character––above all, its ambition and entrepreneurial ethos.”

“An often-overlooked factor in America’s victory in the War of Independence was the role of privateering – sailors who captured British ships or merchants who at considerable risk acquired essential goods for the army and home front.  Eric Jay Dolin’s wonderful Rebels at Sea demonstrates that privateering was more than a sideshow. It caused Great Britain enormous problems that contributed to its failure to crush the American rebellion. This book is must reading for all who wish to learn more about the Revolutionary War.”—John Ferling, author of Winning Independence: The Decisive Years of the Revolutionary War, 1778-1781.

Watch the interview with Jonathan Lane, Rev 250 Coordinator for Massachusetts, speaking about the events of the British raid of September 1778 in old Dartmouth led by Major-General Grey.

Privateering, initiated in Massachusetts as Eric Jay Dolin recounts, also hits very close to home. The Akin family’s support for independence, and the likelihood that the prosperous coastal traders engaged in privateering during the Revolution, brought them unwanted attention from the British troops, who burned New Bedford and neighboring villages in September 1778.  “This act of the British army appears to have proceeded from motives of retaliation and punishment rather than for purposes of plunder.  Our harbor[s] had from the beginning of the war been noted as a rendezvous for privateers, and the damage inflicted upon English commerce by the whale men of Dartmouth had excited the deepest resentment.”–– William W. Crapo on the 200th anniversary of Dartmouth’s incorporation; article by Diane Gilbert published in Early American Life, August 2022.