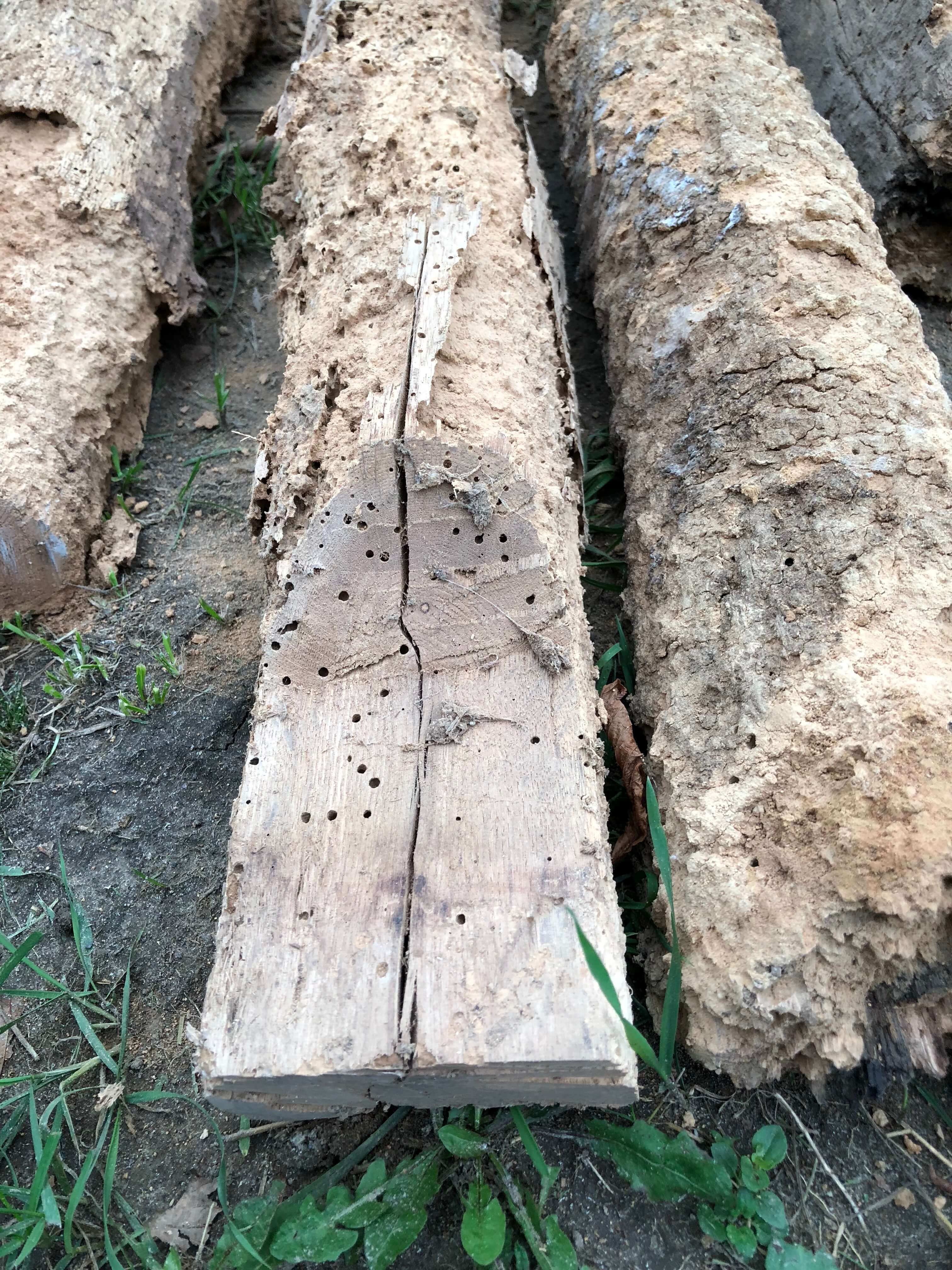 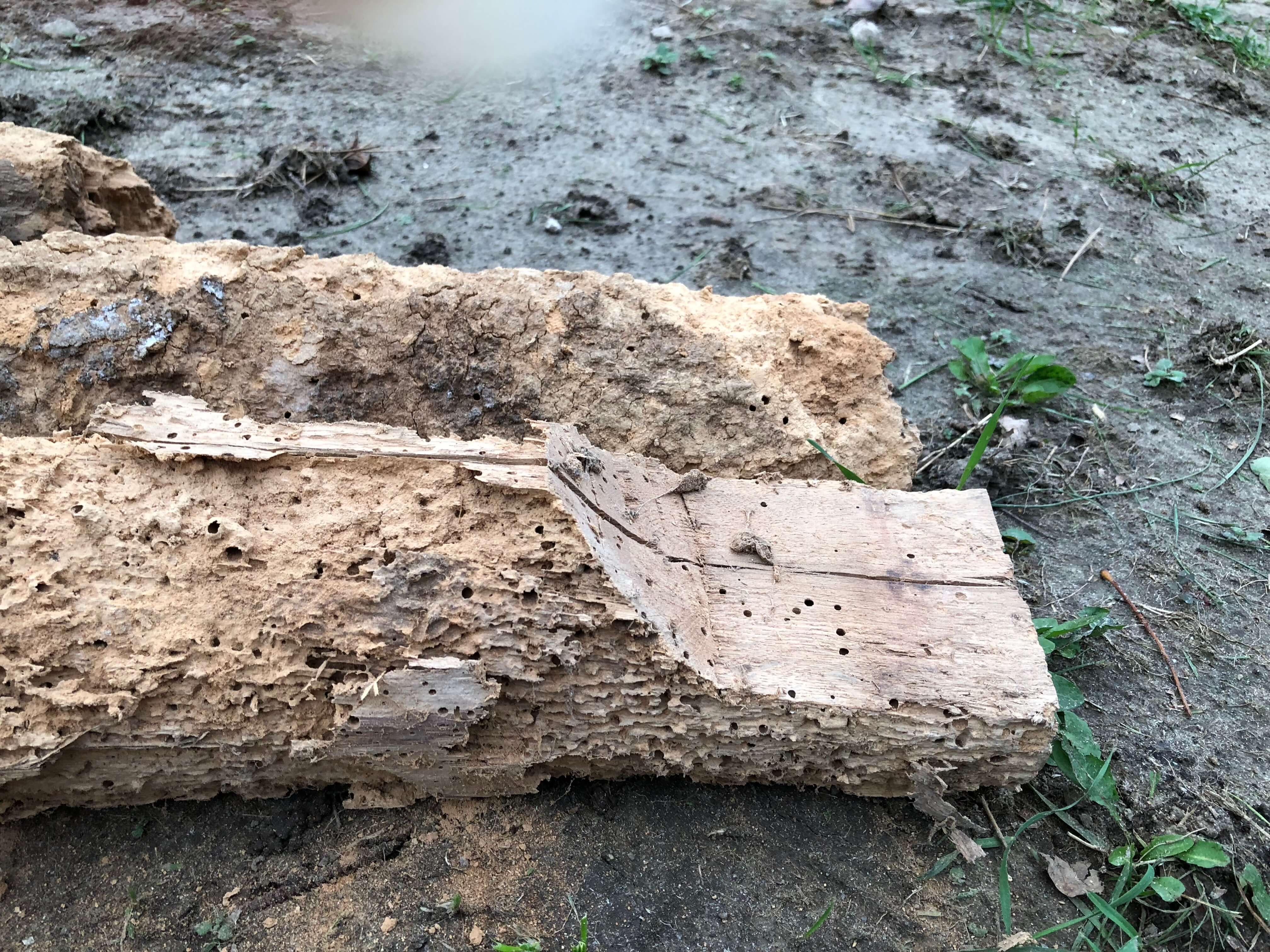 If these supporting timbers could talk.

Our featured image above along with detailed photos show a sampling of really, really old timbers used by the original builder to support the living space above the cellar. Imagine the 18th century work site loaded with these cut trees, sorted and arranged in rows to use in construction. Powder post beetles and mold have taken their toll long ago and most were removed and replaced over the years. We have decided to keep these samples and protect them from further deterioration to allow visitors to appreciate the craftsmanship.

Closeup of small segment. Notice the nails and the fine workmanship to chamfer the timbers in place using an adze.

To Integrate the Old with the New

Preservationists must walk a fine line between fealty to preserving the “original” [as built] and “new” [2017] structural post-and-beam replacements.  Much of the original materials used to build our 1762 house have deteriorated to the point of non-viability. As long as the improvements are done in the spirit of the old house’s post and beam construction and related methods of the times, these refinements will go a long way to guarantee the longevity of the Akin House for generations to come, indeed another 250 years.

Preservation is an investment and in the case of the Akin House, our work to preserve, protect and restore is a community investment. Since 2008, DHPT has been under a lease agreement with the Town of Dartmouth as stewards, caretakers and to oversee its restoration.

Guided by the Department of Interior’s Standards for the Treatment of Historic Properties, we identified and tried to retain and preserve “structural systems and visible features of systems that are important in defining the overall character of the building.” The house contains some original corner posts and beams and wall boards which have been integrated with the new. We saved some choice architectural artifacts that were no longer viable to the structure for didactic display as part of our education mission.

Sound structural systems are essential to an old house to ensure its stability and longevity going forward if a historic house is to be protected and preserved.  Otherwise, this cultural asset should it go the route of deteriorating rubble will lose all value.  Due to its considerable structural deficiencies such as failing beams and posts, through aging and insect/rodent infestation, future structural integrity took priority to prolong the life of the Akin House for at least another 250 years.

The images below are of the second story restoration work begun in 2005 when the roof was repaired and rebuilt.  Are the early structural features, rafters and collar beams, from the Georgian era [1750-1800] or replacements during the Greek Revival period [1830-1850], or, a combination invoking three centuries in the life of this house? Much more to follow on the old and the new post and beam construction. And……much more to study. 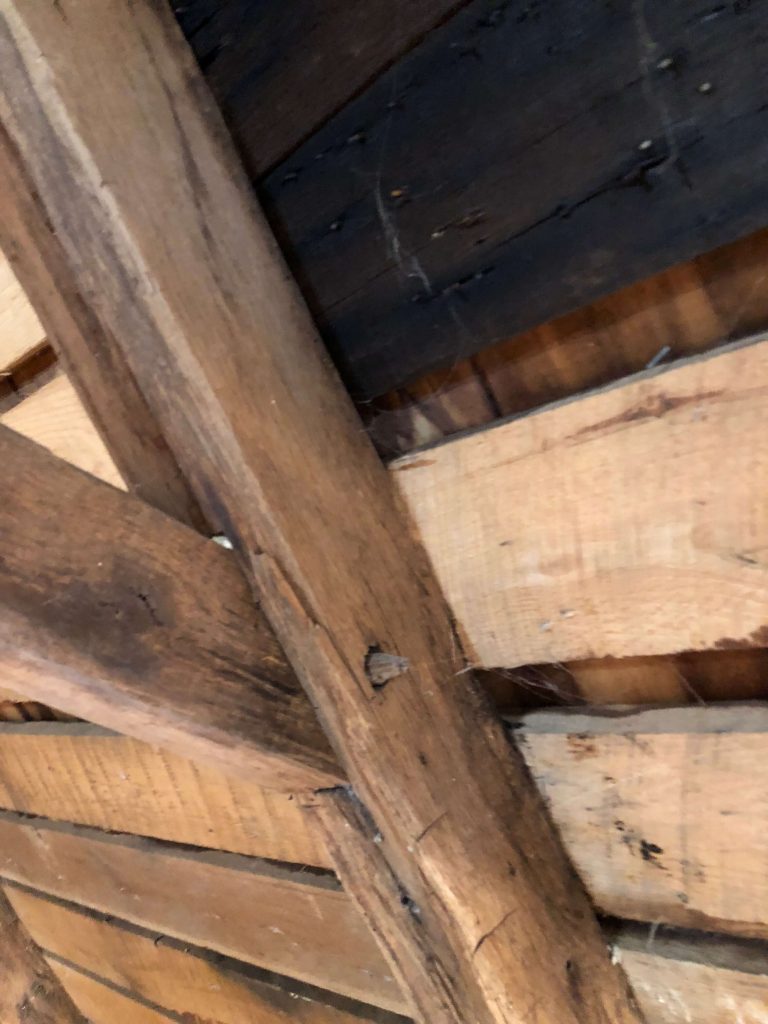 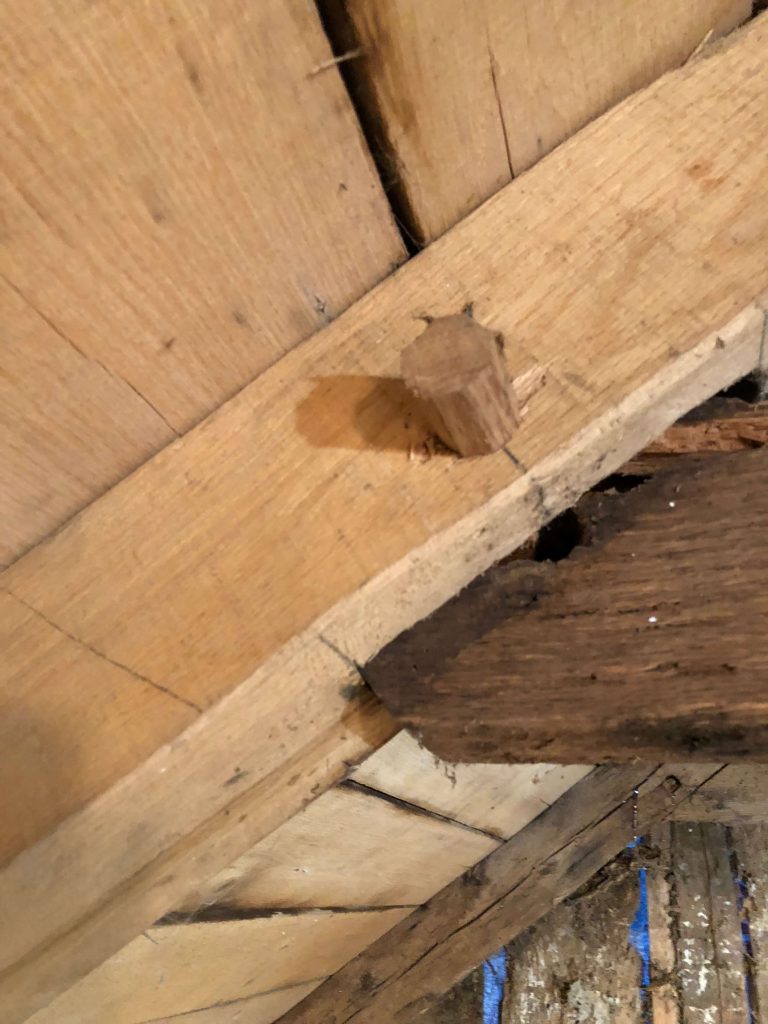 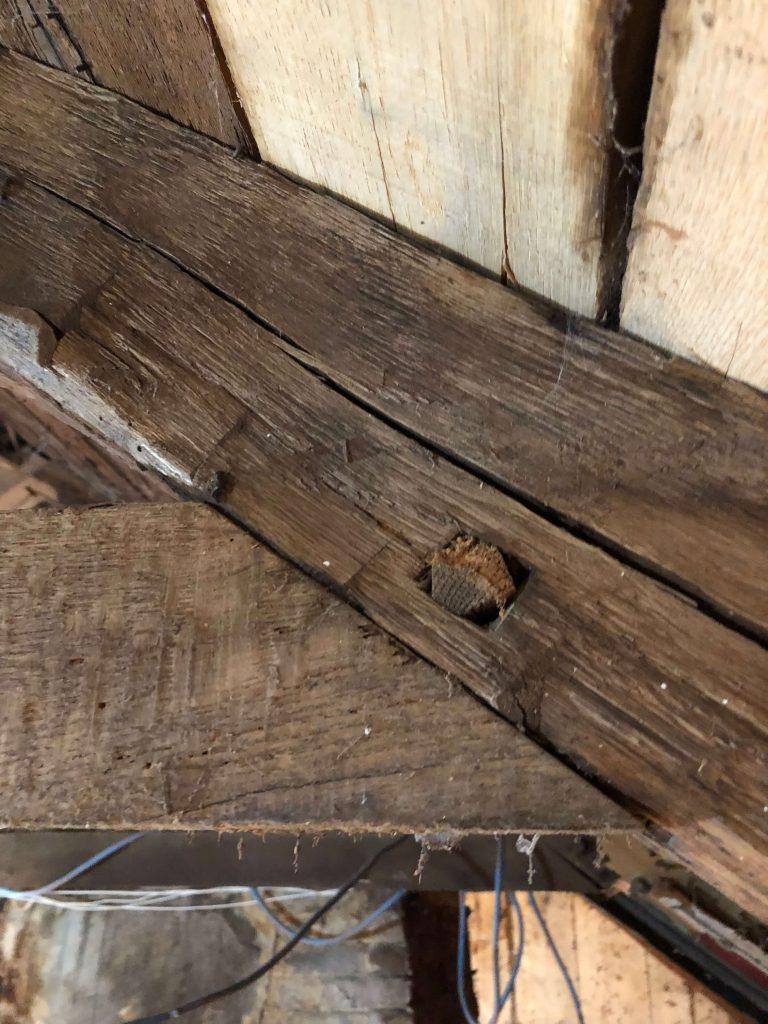 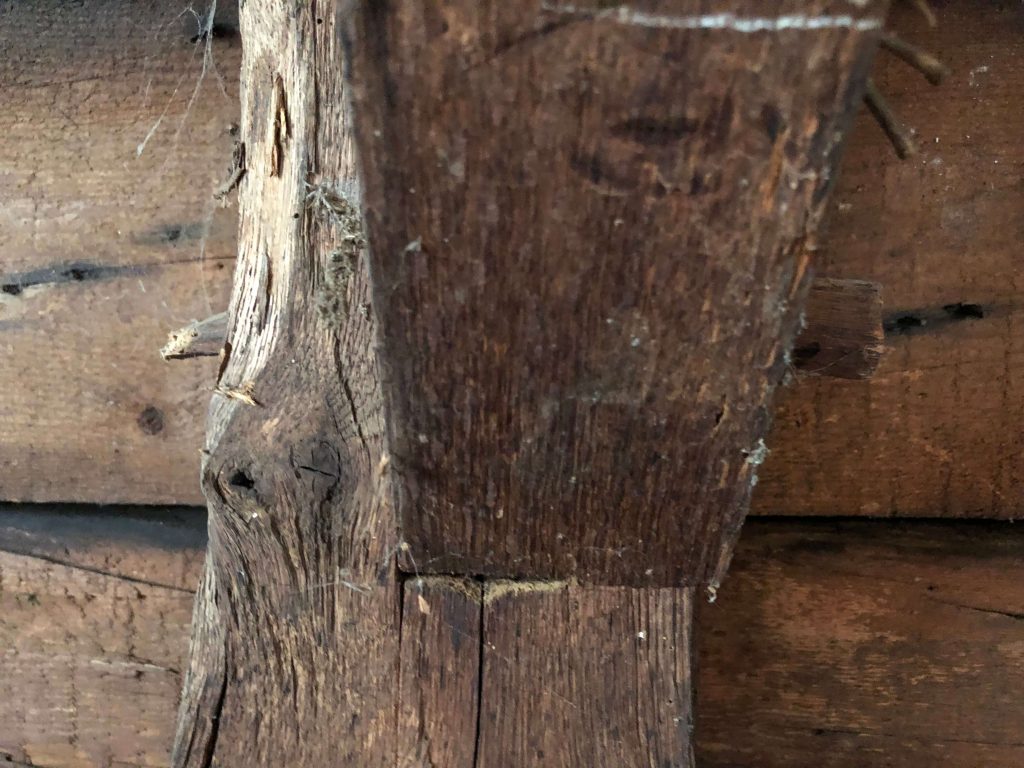